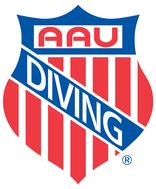 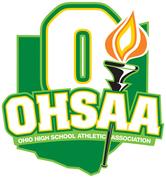 USA Diving, Inc. is a not-for-profit organization recognized by the U.S. Olympic Committee as the sport's national governing body. Headquartered in Indianapolis, USA Diving offers a variety of programs for divers of all ages and skill levels. It is a network of people working together to conduct, promote and participate in the United States' most successful Olympic sport.USA Diving is responsible for training, selecting and preparing teams that represent the United States at events such as the Olympic Games, World Championships and FINA World Diving Cup.The most visible events run by USA Diving each year are the AT&T National Diving Championships, the AT&T USA Diving Grand Prix and the Junior and Age Group National Diving Championships.Programs for junior divers (age 18 and under) are conducted through 42 Local Diving Associations (LDAs) encompassing more than 300 clubs nationwide. The senior program identifies and develops top national and international-caliber divers. The masters program is available for divers 21 and over who no longer compete on the senior level, but wish to remain active.

The Amateur Athletic Union (AAU) is one of the largest,
non-profit,  volunteer sports organizations in the United
States. A multi-sport organization, the AAU is dedicated exclusively to the promotion and development of amateur sports and physical fitness programs.Why AAU?One of the reasons to switch to AAU is the insurance coverage offered as a benefit of AAU membership.• Participant Insurance• Your AAU Membership comes with the benefit of secondary sports accident insurance in the event you are injured while competing or participating• Practice and Event Insurance• Coverage Limit: $10,000,000• Some areas covered:  Commercial general liability, participant legal liability, fire damage to premise rented to you, and medical expenses.

WHAT IS THE OHIO DIVING LEAGUE (ODL)?The Ohio Diving League was founded in 1990 by four Ohio diving coaches. The purpose behind the ODL was to create a place where young and beginner divers are introduced to competition in a fun and low-pressure environment. Here they could hone their diving skills without fear of failure. In the ODL, the divers compete in ABILITY LEVELS, NOT AGE GROUPS. As the diver learns more dives and more skills, they move up through the six ability levels. Every diver receives an award for every event in which they participate. The divers who participate in Level I, II or III, (Called the NON-Competitive Levels), do not “place” or have their scores ranked at the end of the meet. Rather, these divers’ names and scores are listed in the order they competed with the goal of the diver being to improve his/her score at each successive meet & learn new dives and skills so that they can move up through the ability levels. The divers who compete in Level IV, V and VI (The Competitive Levels) do “place” and have their score ranked in the final results. In addition, these scores are submitted to the Ohio Diving League for consideration of being listed in the ODL TOP TEN (for the current season) and the ODL ALL-TIME TOP TEN. The ODL has undergone rapid expansion since its inception in 1990. In fact, the League grew so much that it was split into two divisions – ODL North and ODL South. Five or six times per year, usually on the same weekend, there are ODL meets taking place in northern Ohio and southern Ohio.

Ron O'Brien's Divers to College Website is a great resource for finding the right college to dive for.